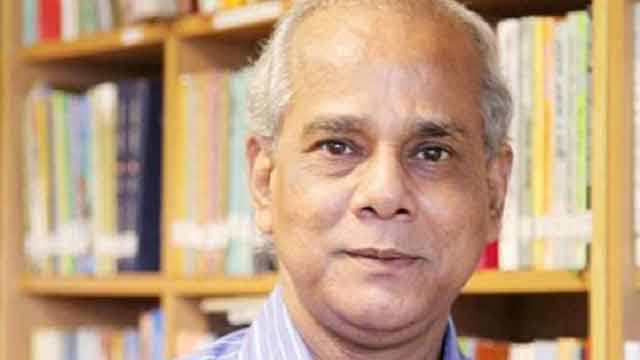 Muhammad Jahangir breathed his last at 12:40am at Asgar Ali Hospital in Gandaria of Dhaka, his family sources said.

“My father Muhammad Jahangir is no more. At 12:40 am he passed away. Please keep him in your prayers,” his son Apurba Jahangir said in his facebook page.

He had been suffering from cancer, Tanbirul Islam, assistant general manager of Yunus Centre, told.

Muhammad Jahangir was admitted to the hospital on Monday and put on life support there since then, Tanbirul Islam told this newspaper yesterday.

Former student of Dhaka University, Jahangir had written and edited 25 books, mostly on media and journalism, according to the official website of Nrityanchal Dance Company.

He was a teacher of media and communication at two universities in Dhaka. He was closely connected with the TV channels of Bangladesh as a planner and programme presenter on politics and current national and international issues.

Jahangir, a younger brother of Nobel Laureate Prof Muhammad Yunus, was a member of the executive committee of the International Theatre Institute (ITI), Bangladesh chapter and also a member of the Theater Drama group. He was a coordinator of Nrityanchal Dance Company.

He was the host of the first live television talk show “Abhimat” in Bangladesh on Bangladesh Television which went off the air in 1998.