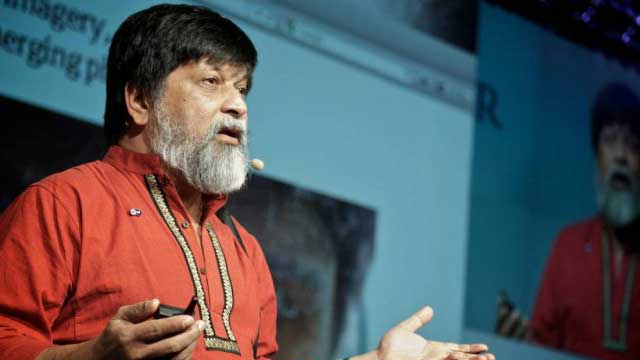 Veteran Bangladeshi photojournalist Shahidul Alam was allegedly denied a visa to enter India. Alam, Time magazine’s ‘Person of the Year’ for 2018, was supposed to be in New Delhi to attend a panel at the two-day curtain raiser of the Serendipity Arts Festival Friday.

There was no immediate comment from the Ministry of External Affairs on this matter when contacted. But a diplomatic source said the visa application was still under process. “No final decision has yet been taken,” the source said.

Alam was supposed to be part of a panel discussion titled ‘Political dimensions of (arts) practices’, moderated by Shohini Ghosh and also featuring Ashmina Ranjit and Sudhanva Deshpande. However, the festival’s organisers announced to the audience Friday that Alam will be joining them via video call.

“We were told that he will not be able to make it in person,” one of the organisers who did not wish to be identified told ThePrint.

Attendees at the event confirmed that the visa issue was spoken about during the discussion.

Who is Shahidul Alam?

Alam, 63, holds the honour of being the first person of colour to chair the World Press Photo jury in 2003. He has also received the Shilpakala Padak, the highest honour given to a Bangladeshi artist.

Alam was arrested along with other activists and journalists on 5 August 2018, for publishing photos of a students’ demonstration against deaths due to bad traffic management. He was charged with ‘spreading misinformation’.

His arrest resulted in outrage and support pouring in from across the border as groups of Indian journalists, filmmakers, photographers, and artists condemned the move. They also released a statement demanding his “immediate, unconditional and honourable release”. United Nations officials as well as the European Parliament also demanded his release.

Alam co-founded the Drik Picture Library in 1989 with his partner, anthropologist and writer Rahnuma Ahmed. The aim was to recruit young photographers and train them to fight “a battle for social justice. And if that’s what we needed to do, we needed warriors”, he said in a Time article.-The Print