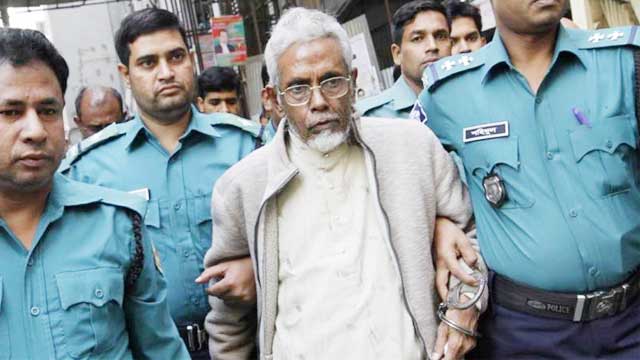 The High Court today refused to grant bail to Abul Asad, editor of Bangla daily Sangram, in a case filed under Digital Security Act on charges of "circulating provocative report and sedition".

The HC bench of Justice Jahangir Hossain Selim passed the order after holding a virtual hearing on a petition filed by Asad seeking bail in the case.

In its order, the bench said the lawyers for the accused may place the bail petition before it after the court resumes its regular functions, which has been suspended following the coronavirus outbreak.

Asad's lawyer Shishir Monir said that his client cannot be released from the jail following the High Court order.

Asad is now in Kashimpur Jail, he said.

During hearing, Attorney General Mahbubey Alam vehemently opposed the bail petition of Asad, saying that the accused has committed a serious offence by terming convicted war criminal Abdul Quader Mollah "a martyr" in his newspaper.

On the other hand, Asad's lawyer Advocate Khandker Mahbub Hossain prayed to the High Court to grant him bail saying that the accused petitioner is 80 years old and is suffering in jail for the last five months with asthma and eye problems.

On December 14 last year, a Dhaka court sent Asad to jail in the case. Afzal Hossain, a freedom fighter, filed the case with Hatirjheel Police Station under the Digital Security Act, 2018.

Police detained Asad on December 13 after leaders and activists of Muktijoddho Mancho vandalised the office of the daily, over publishing a report that termed executed war criminal Abdul Quader Molla a "martyr".