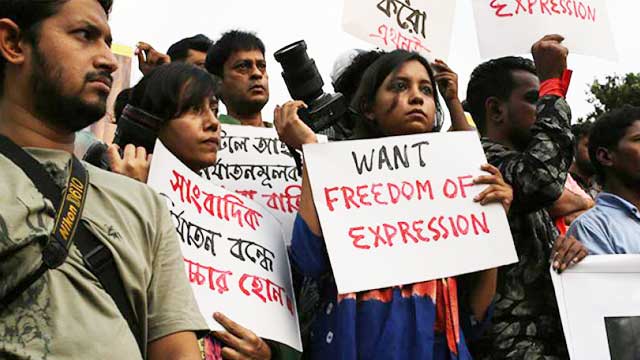 At least three journalists have been sued by the family member of a former member of parliament of Meherpur 2 constituency under the Digital Security Act, reportedly for publishing a report over his misuse of power.

“We will submit a report to the court after the investigation is done,” said SI Shahbul Islam.

The prime accused of the case, Iyadul Momin, said: “We have evidence to prove our points regarding the report and we will defend the legal procedure accordingly.”

The case was filed based on a report, published on May 11 in the local newspaper, on former MP Moqbul’s illegal acquisition of land, the case statement says.

However, several journalists of the district are taking the legal action as preposterous and stated it as an attack on the freedom of speech.