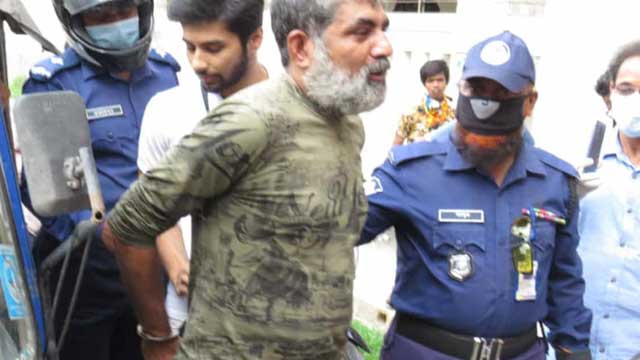 UN experts have called on the Bangladesh government to stop the ongoing ‘persecution of journalist Shafiqul Islam Kajol’ and expressed concern about his previous suspected enforced disappearance.

They warned that his detention and the ongoing criminal cases against him compound fears that Bangladesh was using the Digital Security Act to stifle free speech, according to a release issued by the UN Human Rights office in Geneva on May 26.

‘The targeting of investigative journalists like Shafiqul Islam Kajol raises serious questions about Bangladesh's commitment to a free and independent media. Such persecution has devastating consequences for the journalists and their families — and also for society as a whole. Journalism is an essential function for society, democracy and accountability,’ the experts said in the release.

Before his disappearance on March 10, Kajol had worked on a sex-trafficking story which reported links to politicians in Bangladesh. Social media posts on the story sparked police investigations against Kajol on allegation of breaching the Digital Security Act, after complaints filed by two senior politicians of the governing Awami League party, the release said.

When found on May 3 at the border with India, blindfolded and tied, Kajol was arrested and prosecuted on charge of illegal entry to Bangladesh. Despite providing bail and given an order for his release, he was placed in pre-trial detention for 15 days by court order under the ongoing investigations under the Digital Security Act. At the expiration of this deadline however, he has not been released, the release stated.

‘We express concern as to whether the legality of his detention has been subject to adequate judicial review, and that his detention continues seemingly without a legal basis. If confirmed, this would constitute a violation of human rights law. This is particularly concerning with heightened risk of COVID-19 infection that those detained are exposed to,’ the experts noted.

‘We urge the authorities to thoroughly investigate the acts of the authorities in respect of Kajol and review its practice and the Digital Security Act in light of Bangladesh’s obligations under international human rights law,’ stated the joint statement.

‘We also urge Bangladesh to promptly and thoroughly investigate every case of alleged enforced disappearance in the country,’ added the experts noting that the Working Group on Enforced or Involuntary Disappearances currently had more than 60 open cases from Bangladesh in its database.