Immigration police say not informed about case against Sikder brothers 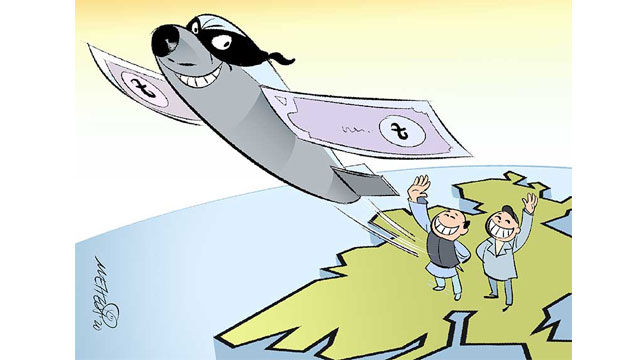 The immigration police at Hazrat Shahjalal International Airport on Tuesday said that it allowed Sikder Group managing director Ron Haque Sikder and his brother Dipu Haque Sikder to left Dhaka for Bangkok on their own aircraft on May 25 as it was not informed about a criminal case filed against them with Gulshan police station.

‘In fact, I come to know about the case after it appeared on media,’ immigration police special superintendent Shahriar Alam told New Age.

On May 26, media reports stated that Export-Import Bank of Bangladesh Limited authority filed a case on May 19 accusing the brothers of ‘attempt to murder, abduction’ and intimidation of two top executives of the bank over sanction of a Tk 500 crore loan.

The Gulshan police did not send any formal letter to the immigration police until May 28 rather Gulshan police station inspector (investigation) Aminul Islam, also the investigation officer, repeatedly claimed that they were collecting information about their whereabouts and sought information from the immigration department of Hazrat Shahjalal International Airport over their reported departure.

‘They [Gulshan police station officials] knew it much before,’ said Shahriar.

Sikder Group owns R&R Aviation, which has one Hawker 800A for the overseas charter flight often used for a medical emergency.

The airport director AHM Touhid-ul Ahsan said that the flight took off with two passengers on emergency medical purposes.

On May 28, former foreign minister M Morshed Khan along with his wife left Dhaka by a chartered flight to the United Kingdom via Gregoria although the Anti-Corruption Commission banned his foreign travel in 2019 in connection with a corruption case.

The commission imposed the ban as part of its investigation into a case of his alleged involvement in embezzlement of Tk 383.22 crore from the Mohakhali branch of AB Bank Ltd.

The commission filed a case against 16 people, including Morshed Khan and three former managing directors of AB Bank Ltd in this regard on June 28, 2017.

On May 29, Beximco Group founder and chairman Ahmed Sohail Fasihur Rahman, along with his wife, left Dhaka for the United Kingdom on a chartered flight during the shutdown for COVID-19 outbreak.-New Age