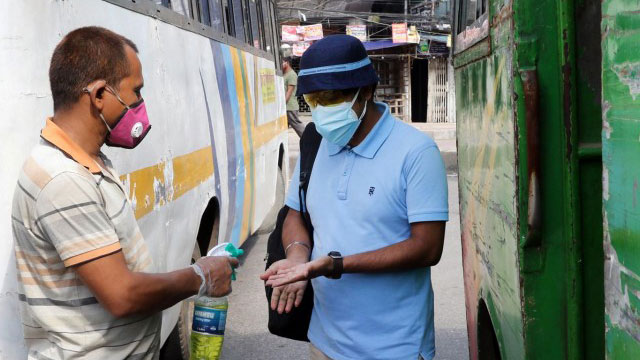 The court passed "no order" on a writ petition that challenged the legality of the notification issued by the government, hiking bus fare.

The High Court bench of Justice JBM Hassan came up with the decision after a virtual hearing on the writ petition through video conference.

The High Court's passing "no order" mean that the gazette notification issued by the government increasing the bus fares by 60 percent will remain in force, Deputy Attorney General Samarendranath Biswas told The Daily Star.

During hearing Attorney General Mahbubey Alarm vehemently opposed the writ petition, saying that the buses have to carry half the passengers due to coronavirus pandemic.

Law and Life Foundation, a rights organisation, on June 1 filed the writ petition with the High Court challenging the government's decision to increase bus fare by 60 percent.

The organisation submitted the writ petition as a public interest litigation to the High Court through an email seeking stay on the gazette notification.

They could barely afford the previous bus fare, he said, adding that the middle class and low middle class are now facing serious financial crisis due to the ongoing coronavirus pandemic.

Humayun Kabir Pallob said the government decision to increase bus fare is contradictory to the fundamental rights of the people and is also illegal.

The government on May 31 issued a gazette notification increasing the fares of all buses, including inter-district bus services, by 60 percent as the vehicles are allowed to carry only half the passengers of total capacity to maintain social distancing amid the Covid-19 outbreak.

The gazette notification said the fares of buses and minibuses running on long routes will be increased by 60 percent on the existing rate (Tk 1.42 on per kilometre).