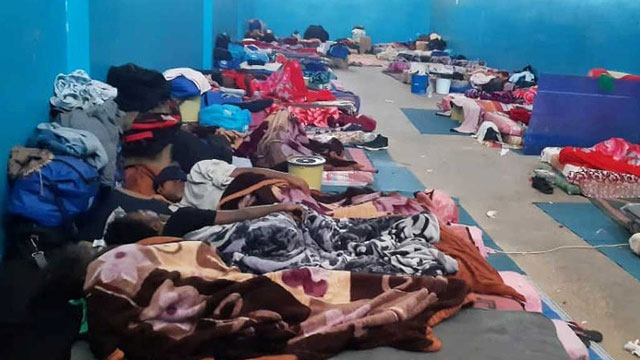 The Rapid Action Battalion (RAB) has arrested two people in connection with their suspected involvement in trafficking people to Libya and making them hostage for ransom there.

The two were identified as Sentu Shikder, 45, and Nargis Begum, 40. They are residents of Lohair village in Muksudpur upazila, Gopalganj.

RAB arrested the suspects during a drive at 10pm on Wednesday night, a press release sent by Madaripur RAB camp confirmed on Thursday.

The arrestees confessed to collecting ransom from families after the victims were held captive by their ring leaders in Libya, the RAB statement said.

Filing of a case against the arrestees, under The Prevention and Suppression of Human Trafficking Act, 2012, is under process.

Thursday's arrests are the latest in the ongoing investigations following the murder of 26 Bangladeshis in Libya by human traffickers, RAB said.

On May 28, a total of 26 Bangladeshi migrants were shot and killed by human trafficking gangs in Libya.