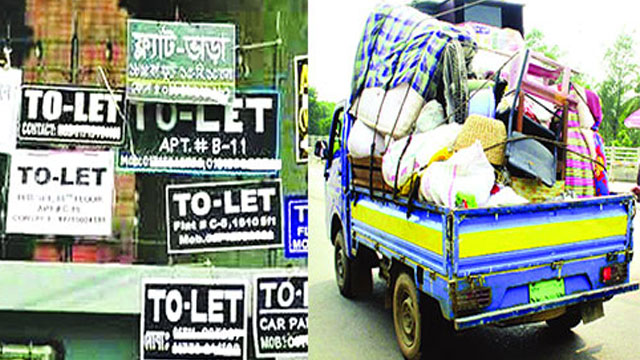 Hundreds of thousands of people, who had come to Dhaka in hopes of leading a better future for themselves as well as for their children, are now being forced to leave the city of their dreams due to job cuts caused by the coronavirus.

The ongoing pandemic has had a devastating impact on Bangladesh’s economy, just like the rest of the world, and now the poorest of the capital -- day labourers, domestic help, scavengers and rickshaw pullers among others -- are struggling to make ends meet as all their income sources are slowly but surely closing down one by one.

According to different studies, around 36 million people have lost their jobs, 16 million have become new poor and 95% of the less fortunate population of our country has faced a serious income drop since the first detection of the virus back in March.

Dhaka Tribune talked with a number of people who represent the poorest in Bangladesh’s capital in order to get an inside view of their struggles and hardships amid the Covid-19 crisis.

Jashim Gazi, 48, is a rickshaw-van puller who lives in a rented house at Mirpur’s Shewrapara area with his wife and two children.

Speaking to this correspondent he said: “At present, I have no income. But despite that, I have to pay Tk6,500 as house rent every month.

“My family and I are starving now and we have also failed to pay our rents for the past three months.”

It was quite evident that the lack of proper meals has made him very weak both mentally and physically.

“Since the countrywide shutdown was imposed, I have been able to earn only Tk800 in the last three months. I have even failed to bring food to the table.

“I do own a piece of land in Bhola but it's empty. And this is why I just cannot leave Dhaka,” he added.

CNG auto-rickshaw driver Md Faisal, who lives in the same area as Jashim, said that whatever he earned everyday went into the pockets of the CNG owner as rent.

Saying that he has to pay Tk7,500 per month as house rent, he added: “I couldn’t pay my bills for May. Now I am planning to leave Dhaka.

“I, with my family, will now have to return to my ancestral home in Chandpur, though I do not know what I will do there for a living. I have no other choice.”

Meanwhile, Monzu Mia, who is a house owner in Dhaka, said: “Many of the tenants in my area are leaving for their villages as there is no work for them here now.

“Three of my tenants were forced to go back to their ancestral homes. People like us are reducing house rents so that they don’t have to leave.”

Due to a drop in income, many people are suffering from malnutrition. Many of them are struggling to manage food at its bare minimum for their families.

Experts fear the worst is yet to be

Experts have said that the present sufferings of the country’s poor would keep on deepening to an unprecedented level if the virus situation did not improve very soon.

Meanwhile, people leaving Dhaka and a sharp decline in the number of overseas migrations have added to their burden and triggered an unexpected unemployment crisis in the rural areas, they added.

Shariful Hasan, head of Brac’s migration program, said: “People who are losing their jobs, mainly those from the informal sector, are going back to their villages to minimize the cost of living.

“Overseas employment has stopped now. As a result, a huge number of youths are staying in their villages. Moreover, now informal workers are also returning to their ancestral homes, having been forced to leave the big cities. This has created an uneven employment to opportunity ratio in the rural areas of the country.”

“Due to the economic impact of Covid-19, people are losing their jobs and becoming the new poor,” he added.

Echoing the same, Dr Zahid Hussain, former lead economist of World Bank, Bangladesh, said: “Our priority has to be the containment of the virus in the next three to six months. We also have to find out the actual number of people who need government assistance for survival.

“In the meantime, the government has to feed these people and properly prepare the sectors which can provide jobs, especially the agriculture sector.”

Dr Zahid said: “The government should emphasize our agriculture sector, particularly fisheries, poultry and dairy and small and cottage industries as they mainly meet local demand.”

He suggested that by doing so, a significant number of employment opportunities could be created for people who have been hit the hardest by the Covid-19 pandemic.

“Allocations in the social safety net programs are too less to help the new poor,” he opined.

Speaking to Dhaka Tribune, Atiqul Islam, Mayor of Dhaka North City Corporation (DNCC), said: “We are providing food and financial aid to those in need. But this is not the answer to the problem in hand. We have to think out of the box for a sustainable solution.”

“I recently introduced Jobike, a bicycle service at Banani, Baridhara and Gulshan. Around 22 people have been employed there. More people can have jobs through such initiatives taken across the country.

“I request everyone to come forward with new ideas which may create sustainable employment amid this global crisis,” he said.

No jobs, no Dhaka

Earlier on June 8, Dr Abul Barakat, president of Bangladesh Economic Association (BEA), at a press conference said that nearly 36 million people had lost their jobs in 66 days, ever since the first day of the Covid-19 forced countrywide shutdown.

On June 9, Brac, in a survey, revealed that the countrywide shutdown had caused a drop in earnings of 95% of the country’s lower-income people.

According to the findings of a countrywide rapid perception survey, average monthly household income declined from Tk24,565 (before the shutdown began) to Tk7,096 in May due to Covid-19 pandemic

This accounted for a 76% drop in household income and forced a large number of people to leave the capital.

On June 24, officials of the Bangladesh Institute of Development Studies (BIDS) said that about 13% of the country’s population was now unemployed due to the coronavirus outbreak.