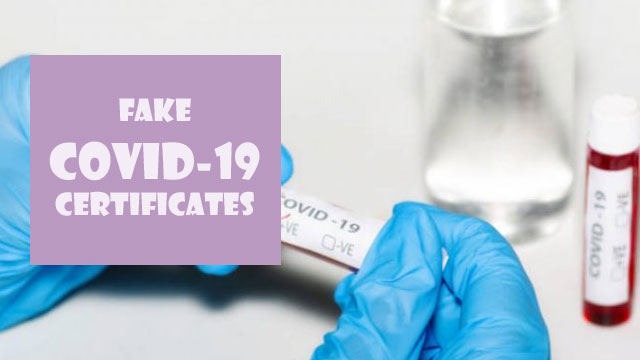 A virtual court in Dhaka today placed seven officials and employees of Regent Group on a five-day remand each in a case filed overissuing fake Covid-19 test results and charging patients for the test and treatment.

Metropolitan Magistrate Sadbir Yasir Ahsan Chowdhury passed the order after Md Alamgir Gazi, an inspector of Uttara Paschim Police Station and also the investigation officer of the case, produced them before the court with a seven-day remand prayer.

Meanwhile, the court rejected a bail petition of another 17-year-old accused and sent him to Tongi Children Correctional Centre as the IO did not submit any remand prayer for him.

In the remand prayer, the IO said the accused, in association of others, made fake Covid-19 rest results and supplied those to the patients.

Moreover, they charged patients for the tests and treatment despite having an agreement with the government on carrying out tests and providing treatment forfree. So, they need to be remanded to find out vital clues about the incidents and to know whereabouts and addresses of the Regent Group chairman and managing director, the IO added.

On the other hand, defence lawyers submitted separate petitions seeking bail along with cancellation of the remand prayer.

After hearing both sides, the magistrate rejected their bail and placed them on remand.

Before the case was filed, the Directorate General of Health Services (DGHS) directed the authorities of Regent Hospital to shut down their Uttara branch after a mobile court found discrepancies and sealed off the head office and Uttara branch of the private hospital.

The chairman, managing director and seven others are on the run while Rab arrested the eight staffers during their drive at Uttara branch on Monday.

Executive Magistrate Sarwoer Alam, who led the drive, said the hospital authorities issued more than 10,000 Covid-19 test results. Around 4,200 samples were tested at different government labs, but they threw away the rest of the samples, prepared fake reports and handed those to people.

The hospital authorities took Tk 3,500 for each test, meaning they embezzled more than Tk 3.5 crore, despite having an agreement with the government on conducting tests and providing free treatment, Sarwoer had said.

"The licence of the hospital expired in 2014. The ICU of the hospital is not up to standard, it was like a ward. We found surgical items, which expired five to six months ago, at the hospital's medicine store," he said.

The drive began after Rab received complaints about 14 reports provided by the hospital which were verified as fake by Institute of Public Health.

However, the Uttara branch's Managing Director Mizanur Rahman filed a general diary with Uttara West Police Station on July 3, claiming that a vested quarter was taking money and collecting samples for Covid-19 test from suspected patients by identifying themselves as Regent Hospital staffers.