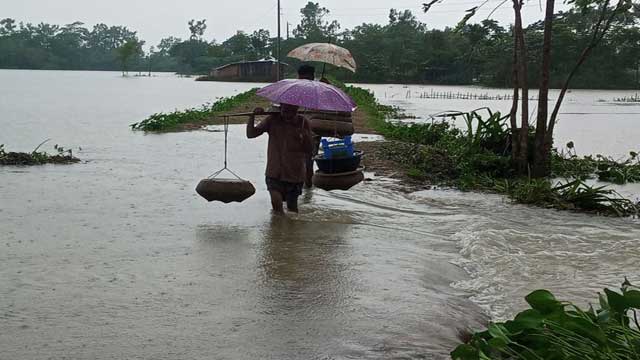 Already flooded this year, people in the lowlands and haor areas of Sunamganj are seeing fresh flooding again due to heavy rainfall and water from upstream.

The district water development board has recorded 183mm of rainfall in the last 24 hours.

Floodwaters have started to enter the lowlands of Dowarabazar upazila and the haor areas of Bishwamvarpur upazila, affecting livestock and damaging crops and roads.