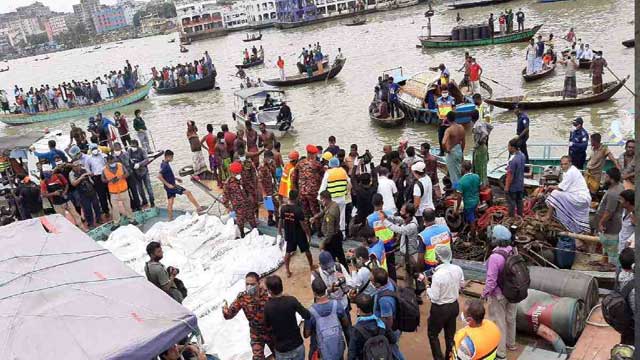 Members of the Rapid Action Battalion (RAB) arrested the master of ‘Mayur-2’ launch from Dakhshin Keraniganj area early Monday in connection with Buriganga launch capsize that claimed lives of 34 people on June 29.

The arrestee is Abul Hossain.
A team of Rab-10 conducted a drive in the area early in the morning and arrested Abul Hossain, said Rezaul Karim Bhuiyan, officer-in-charge of Sadarghat River Police Station.

On June 29, the Dhaka-bound ‘MV Morning Bird’ launch carrying around 150 passengers from Munshiganj sank in the river after being hit by ‘Mayur-2’ near Shyambazar in the capital’s old town.

Bodies of 34 people were recovered.

Earlier, Police arrested a staff of the launch Abdus Salam and the owner of Mayur-2 launch Mosaddek on July 7 and July 9 respectively.