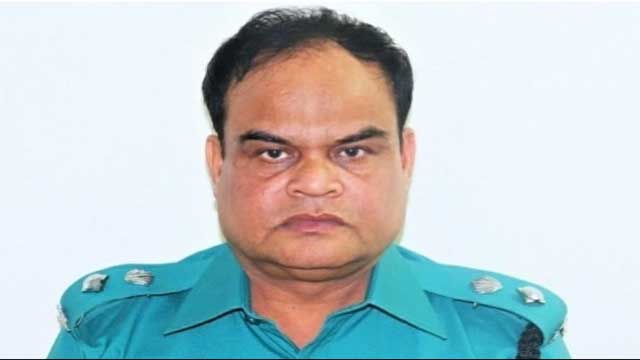 Mizanur Rahman, a police officer from BCS 22nd batch, had been undergoing treatment at the hospital since June 28, said Md Sohel Rana, Assistant Inspector General (AIG-Media) of the Police headquarters.

He breathed his last around 3:41am, he said.

Mizanur Rahman left behind wife, two sons, a host of relatives and well-wishers to mourn at his death.

In his career, he also served as Superintendent of Jhenidah police.

His Namaj-e-Janaza will be held at Rajarbagh Police Lines and he will be buried at Rayerbazar Graveyard in the capital.

Inspector-General of Police (IGP) Benazir Ahmed expressed deep shock and sorrow at his death, he added.

Besides, another 2,666 people tested positive for the virus in the last 24 hours until Sunday morning, mounting the country’s total infections to 1,83,795.

Altogether 7,463 among 11,302 Covid-19 infected members of Bangladesh police made full recovery from the disease across the country until July 4.

Forty-four cops have so far died of Covid-19 during this period.