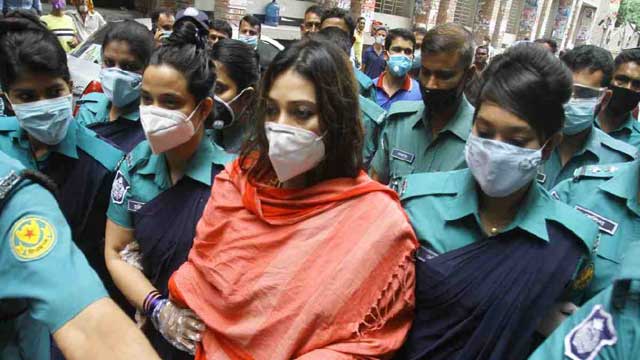 Police on Tuesday handed over JKG Health Care Chairman Dr Sabrina to the Detective Branch (DB) of Police for interrogation as the case filed in connection with issuing fake Covid-19 test certificates has been transferred to DB.

Sabrina, arrested on Sunday afternoon and then was shown arrested in the case, was placed on a three-day remand on Monday.

The case was filed with Tejgaon Police Station on June 23 against six people, including Ariful Chowdhury, Chief Executive Officer of the JKG Health Care, and also husband of Dr Sabrina, for providing fake Covid-19 test reports.

Earlier, Arif Chowdhury and six others were sent to jail on deception charges.