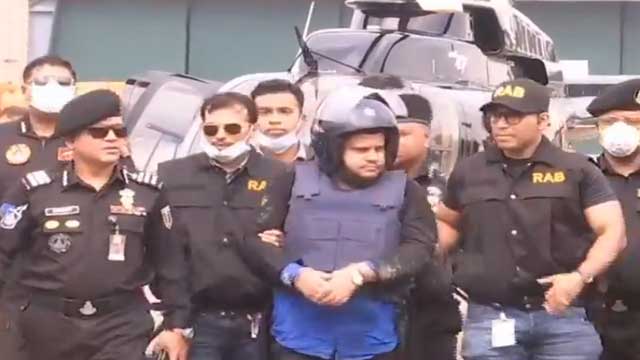 Tipped off, a team of Rab-6 arrested Shahed from the bordering area around 5:20 am, said Lieutenant Colonel Ashik Billah, director (media) of Rab Headquarters.

Rab members also recovered a firearm and some bullets from his possessions, he said.

Shahed is being taken to Dhaka by a helicopter.

Regent Hospital Chairman Mohammad Shahed has been on the run after the law enforcers raided the Mirpur and Uttara branches of Regent Hospital on July 6 on charge of issuing fake Covid-19 certificates and charging the admitted patients exorbitant fees.

The head office of Regent group along with the both hospitals was sealed off and 16 people, including the chairman, were sued on charge of issuing fake coronavirus test reports.

Besides, a case was filed against Shahed on July 14 on charge of embezzling more than Tk 91 lakh from a transport exporter in Chattogram.