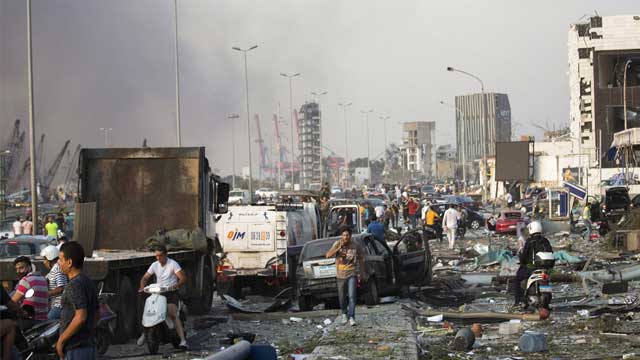 The two Bangladesh people, who died in the incident, were expatriate workers, an embassy official said.

The Bangladesh Navy crews were in Beirut as a ship BNS Bijoy was anchored in Beirut port as part of a UN peacekeeping mission, the Inter Services Public Relations said in a press release on Wednesday.

The critically injured Navy solider was admitted to the American University of Beirut Medical Centre.

The others were given primary treatment under the care of United Nations Interim Force in Lebanon before being shifted to Hamoud Hospital by helicopter or ambulance, said the ISPR release, adding that they were now out of danger.

Bangladesh ambassador to Lebanon Major General Jahangir Al Mustahidur Rahman Rahman visited the naval ship on Tuesday immediately after the blasts and made arrangements for the treatment of the injured.

Bangladesh embassy first secretary Abdullah Al Mamun told New Age that the embassy teams were working with Bangladesh community to identify the victims of the incidents for extending essential services.

At least 100 people of different nationalities died and about 4000 injured in the blasts, according to international news agencies.