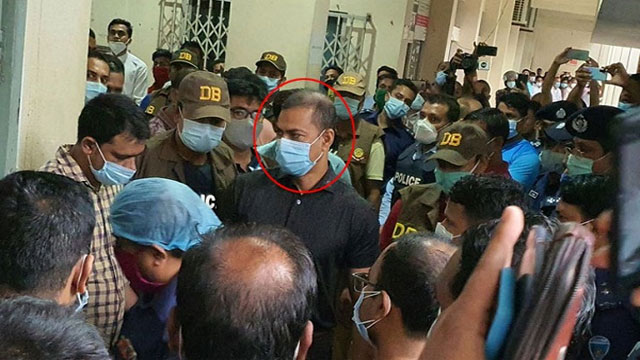 The court of Teknaf Senior Judicial Magistrate Md Helal Uddin passed the order after the investigation officer of the case sought 10-day remand for each, said Mohammad Mustafa, lawyer of the plaintiff of the case.

Besides, the court sent four other accused to jail after rejecting their bail petitions during a hearing in presence of seven of the nine accused in the case.

They were taken with police escort hours after arrest warrants were issued against them and Pradeep Kumar Das, officer-in-charge of Teknaf Police Station. A case was recorded over the death of the retired army officer yesterday.

Additional members of law enforcement agencies were deployed in the court premises. A large number of people thronged the deputy commissioner's office compound when the seven accused were taken to court.

Meanwhile, OC Pradeep Kumar Das surrendered before the same court during the hearing.

Earlier, a team of Chattogram Metropolitan Police took Pradeep to court around 5:00pm, hours after they took him into custody.

On Wednesday night, the court issued arrest warrants against the nine accused including the OC in the case.