DU students demand justice for attack on students during pandemic 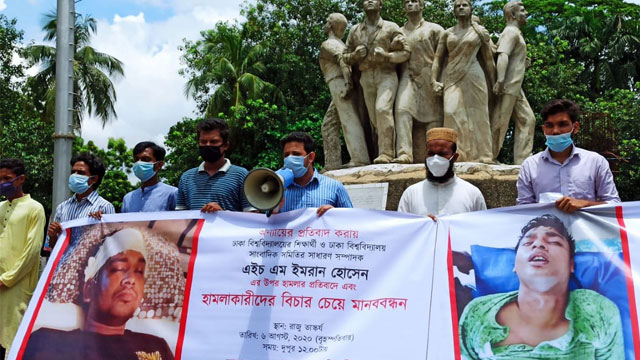 Students, including the leaders and activists of different student bodies, under the banner “General Students of Dhaka University” formed a human chain on Thursday at the base of anti-terrorism Raju memorial sculpture in the campus.

Speakers from the human chain demanded exemplary punishment for the perpetrators who carried out an attack on journalist leader HM Imran in Jhenaidah for protesting against corruption of a local Union Parishad member who was trying to take sacrificial meat for himself which were meant for the underprivileged.

Imran is also the DU correspondent of United News of Bangladesh (UNB).