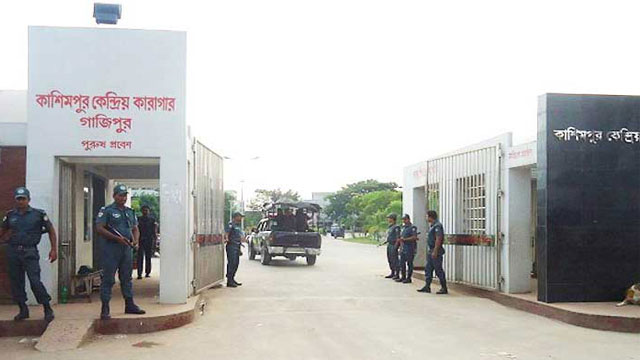 A prisoner who was sentenced to life in prison has escaped from Kashimpur Jail 2 in Gazipur.

Abu Bakar Siddique, 34, has been missing since Thursday.

His village is in Abad Chandipur of Shyamnagar upazila in Satkhira.

Kashimpur Jail sources said Abu Bakar Siddique was discovered to have disappeared from the Brahmaputra prisoner lockup on Thursday evening when all the prisoners were being counted. Prison authorities searched for him in various places inside the jail but he could not be found.

Jail sources also said, six people have been suspended in this connection and a case has been filed against another six.

The suspended include four warders, an assistant head warder and a head warder.

A three-member probe committee, with Additional Inspector General Otirikto Col Abrar Hossain as the chief, is being formed and three working days starting from Saturday might be allocated for submitting a report.

Abu was pardoned for 700 days and he still had nine years left to serve in prison.

The jail authorities revoked his pardoned sentence after he went missing, Manzur added.

Abu was transferred from Rajshahi Central Jail in 2011 as a death sentence convict but was later sentenced to life imprisonment on July 27, 2012.

Abu also tried to escape from prison on May 13, 2015. But he was found inside a septic tank of the prison, the very next day.