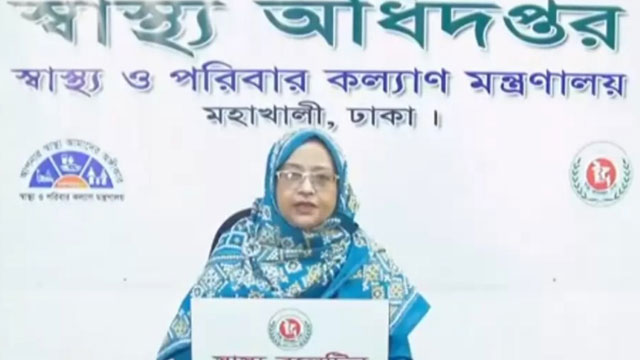 The mortality rate is 1.32 percent.

Bangladesh reported its first cases on March 8 and the first death on March 18. Since then, 2,749 men and 722 women have died of coronavirus, according to official data.

Among the new victims, 15 died in Dhaka division, three in Khulna, four in Rangpur and one in Mymensingh, and four each in Chattogram and Rajshahi.

"From Wednesday, the daily health bulletin will no longer be aired. Instead, the information will be given out to media via press release," she said.

She assured that this will not interrupt the flow of data.

The daily health bulletin of DGHS started airing as a press briefing from IEDCR on March 8. Journalists were allowed to interact and ask questions after the announcements.

On April 8, it started to air at a fixed time as the daily health bulletin of DGHS and it only relayed the DGHS data.