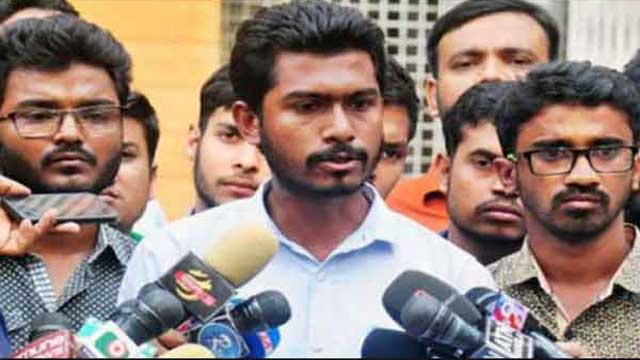 A female student of Dhaka University filed a fresh case against the immediate past Dhaka University Central Students’ Union vice-president Nurul Haq Nur and six others for abduction, rape in collision with each other and demeaning her on social media.

The case was filed with the Kotwali police station in Dhaka late on Monday, confirmed Mizanur Rahman, the officer-in-charge of the police station.

The case was lodged under the Women and Child Repression Prevention Act and Digital Security Act added the OC.

The case came a day after the same student filed a case with the Lalbagh police station against Nur and five others.

The plaintiff accused Nur and four others of assisting the alleged rapist in ‘hiding’ his ‘crime’ and of ‘threatening’ her.

The 22-year-old student alleged that she was ‘cheated’ over ‘false’ promise of marriage and was ‘raped’ by Mamun on January 3, 2020.

Police briefly detained Nur and six others on Monday night for assaulting its personnel during a protest near Shahbagh.