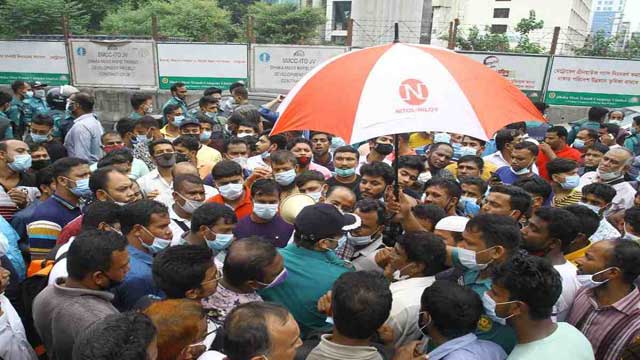 The government has urged expatriate Bangladeshis who will return to their workplaces in the Kingdom of Saudi Arabia (KSA) to maintain discipline while collecting tickets and applying for visa extension.

The government also urged them not to create chaos being instigated by third party.

The Ministry of Foreign Affairs (MoFA) conveyed the message to expatriate Bangladeshis on Wednesday night.

MoFA specially mentioned three locations - the Saudi Embassy in Dhaka, ticketing booths of the Saudi Airlines and Biman Bangladesh Airlines – where the expatriates must maintain discipline.

Bangladeshi workers who got stuck here will be able to return to their workplaces in KSA soon as issues such as Iqama and visa are being addressed and both Biman and Saudi airlines got permission to operate.

Dr Momen said the KSA has agreed to extend visas of the Bangladeshis who want to return to their workplaces but their visas expired.

"[There are] only a few cases of visa expiry, not that all visas are expired," said the Foreign Minister.

He also said Bangladesh workers' iqama will remain valid for 24 more days and if required, there will be further extension.