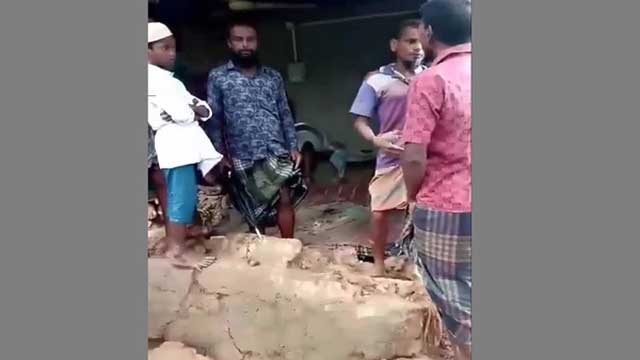 Four people died as the walls of a mud house fell on them at Parbatipur in Dinajpur early Sunday.

Parbatipur police station officer-in-charge Mokhlesur Rahman told New Age that the walls of the house fell on a van driver, his wife and two of his children sometimes at night as they were sleeping.

Locals saw the bodies Sunday morning and informed the police, he added.

Heavy downpour in the area since Saturday evening could be the reason for the house to collapse, the officer-in-charge said.