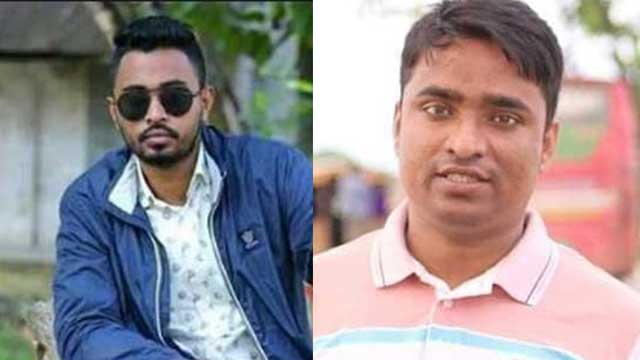 Law enforcers on Sunday night arrested two more accused in a case filed in connection with the gang-rape case of the newly-wed woman in Sylhet MC College hostel.

With Rony and Rabiul, a total of four accused have now been arrested in the case.

Shaheb Ali Pathan, additional police superintendent (crime) of Sunamganj, said in the morning that prime suspect Saifur Rahman was arrested at Chatak Kheya Ghat area of the district about 7:30 am.

Another accused Arzun Laskar was arrested at a bordering area in Madhabpur upazila of Habiganj on Sunday.

A newly-wed woman was gang-raped allegedly by a group of activists of Bangladesh Chhatra League, the student wing of the ruling Awami League, at Murari Chand College in Sylhet on Friday evening.

The victim’s husband was kept confined in the male students’ hostel of the college during the incident.

Police said that Shah Paran police station members, being informed, rescued the woman and her husband at around 10:30 pm on Friday from a room of the student hostel at Baluchar in the city.

Police conducted a raid on the student hostel at around 2:00 am on Saturday.

They seized a number of weapons, including a light gun and four machetes, from a room meant for college teachers but where BCL leader Saifur had been living illegally for long, the police officer said.

He said that sub-inspector Milton Nath also filed a case in the morning against Saifur Rahman in connection with recovering arms from a room of the hostel occupied by Saifur.