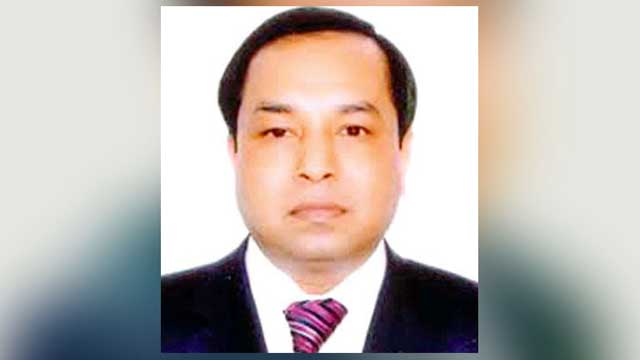 The High Court today directed law enforcement agencies to arrest Proshanta Kumar Halder, who fled the country after allegedly siphoning around Tk 10,200 crore from some non-banking financial institutions (NBFI), immediately after returning to the country.

Allowing Proshanta Kumar Halder, known as PK Halder, former managing director of NRB Global Bank and Reliance Finance, to come back to the country, the HC asked the inspector general of police and immigration police to arrest him immediately after he landed at Hazrat Shajalal International Airport.

At the same time, the HC bench of Justice Muhammad Khurshid Alam Sarkar asked the law enforcers to give scope to PK Halder to refund the money to the organisations from which he embezzled the money, Anti-Corruption Commission (ACC) lawyer Khurshid Alam Khan told The Daily Star.

The bench came up with the order following a petition filed by International Leasing and Financial Services (ILFSL) seeking necessary directives on this issue.

Attorney General AM Amin Uddin represented the state while lawyer Mahfuzur Rahman Milon appeared for ILFSL during the court proceedings.

PK Halder has earlier wanted to return home and refund the money he embezzled.

Halder in August this year wrote to ILFSL -- one of the four NBFIs -- saying he would return home and settle liabilities with the firm if he is provided proper security.

ILFSL's counsel Mahfuzur Rahman Milon submitted the letter with an application to the HC on September 7 this year for a directive in this regard.

The same day (September 7), the HC ordered the firm to inform it when Halder would return to Bangladesh for settling his transactions and liabilities with the firm.

According to Canadian media reports, Halder is now staying in Toronto. He is director of P&L Hal Holding Inc, a Canadian corporation.

The three other NBFIs from which Halder allegedly embezzled crores of taka are People's Leasing and Financial Services, FAS Finance and Investment, and Bangladesh Industrial Finance Company.

In an investigation, the central bank found that Tk 1,596 crore was transferred from ILFSL in violation of the rules through 48 accounts of various organisations related to the directors and shareholders of the firm, according to Bangladesh Bank officials.

Halder came under the limelight during the anti-casino drives last year. The ACC opened investigations into the involvement of 43 people, including Halder, in the illegal casino business.

The government issued a travel ban on him on October 3 last year. But he managed to flee the country.

The ACC on January 8 this year filed a case against Halder on charges of illegally amassing wealth worth Tk 275 crore.

The HC ordered the government to seize the passports of 20 people, including Halder, his wife Susmita Saha and his brother Pritish Kumar Halder.

The court also directed the authorities not to allow transfer of any of their movable and immovable properties, including stock, cash and cars, to any persons or entities until the disposal of the case.