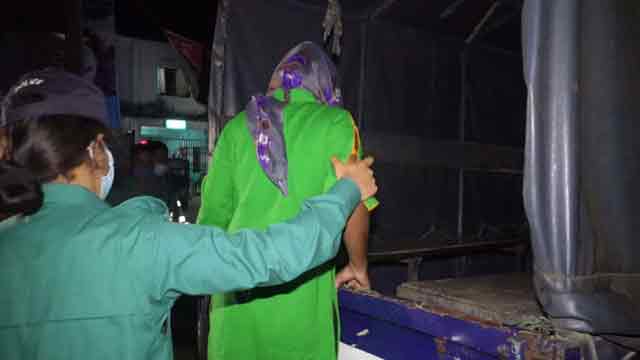 The girl's father on Sunday night filed a case at Haragach police station naming the DB ASI Raihanul Islam alias Raju and another man after the girl was raped earlier that day.

Police rescued the girl from a house in Kaderer Pool area in the city around 8:30am on Sunday where the girl claimed to have been raped and sent her to the One Stop Crisis Centre of Rangpur Medical College Hospital past midnight.

Abu Maruf Hossain, additional deputy police commissioner (crime) of the Rangpur Metropolitan Police, said: "We are interrogating DB ASI Raihanul. The investigation of the case is still in the preliminary stage."

Sources from the police said ASI Raihan developed a romantic relationship with the ninth grader and he introduced himself to the girl as Raju.

On Sunday morning he took the girl to the home of Alea Begum, a tenant of Shahidullah Miya of Kaderer Pool area, and raped her there. Later he allowed multiple other men to rape her. After the incident the girl informed police.

The girl's mother said her daughter used to talk to ASI Raihan and occasionally met him.

The girl addresses her neighbour, one Atiar Rahman, as her uncle. Atiar said: "My niece was introduced to ASI Raihan while he used to visit us to investigate a case. He developed a good relationship with my niece from then. She is a meritorious student."