OIC to raise funds to support Rohingya case in ICJ 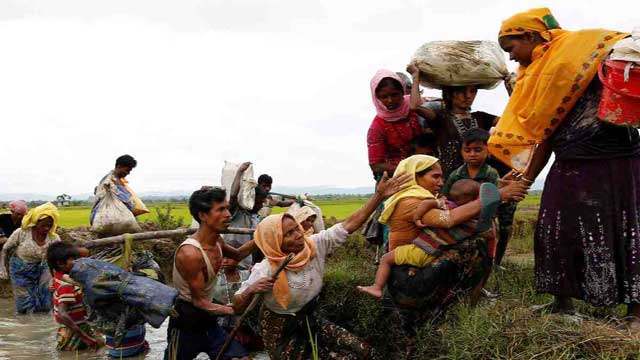 The Organization of Islamic Cooperation (OIC) will raise funds for supporting the Rohingya case at the International Court of Justice (ICJ) in Niamey, the capital of the Republic of Niger on November 27-28.

Foreign Minister Dr AK Abdul Momen will attend the 47th session of the Council of Foreign Ministers (CFM) in Niamey on the theme “United against Terrorism for Peace and Development”.

Dr Momen is scheduled to leave Dhaka for Niger on Wednesday morning, a senior official told UNB adding that Bangladesh is likely to offer an amount to help The Gambia fight the case.

The OIC Secretariat in a media statement said the Council will discuss the situation of Muslim minorities and communities in non-member states, how to raise funds for the Rohingya case at the International Court of Justice (ICJ), as well as civilisational, cultural and religious dialogue promotion, and other matters that may come before the council.

Placed on the agenda of this year’s CFM session, Secretary General Dr Yousef Al-Othaimeen explains, is a list of topics and issues of concern to the Muslim world.

In addition to the Palestinian cause, the fight against violence, extremism and terrorism, Islamophobia and religious defamation will also be discussed.

The OIC foreign ministers will also discuss, over two days, political, humanitarian, economic, socio-cultural and other issues related to science and technology, the media and the implementation progress on the OIC plan of action 2025.

The other item on the agenda is a brainstorming session on “Security and Humanitarian Challenges Confronting African Sahel States Members of the OIC”.

The Gambia in October this year filed a more than 500-page Memorial, which also includes more than 5000 pages of supporting material, in its lawsuit against Myanmar at the ICJ in The Hague, making its case for how the Government of Myanmar is responsible for genocide against Rohingya.

The Government of Myanmar should immediately comply with ICJ orders to prevent ongoing acts of genocide and preserve evidence of genocide against Rohingya Muslims, said Fortify Rights.

“International accountability mechanisms, like the ICJ, are crucial, especially given that mass atrocity crimes continue against Rohingya and others in Myanmar," said Matthew Smith, Chief Executive Officer at Fortify Rights.

In November 2019, The Gambia opened a case at the ICJ, also known as the World Court, against Myanmar for failing to prevent or punish genocide against Rohingya Muslims.

Following the Oct 24 filing by The Gambia, the Government of Myanmar has three months to file a Counter-Memorial at the ICJ in response to The Gambia’s genocide allegations. The Memorial and Counter-Memorial will not be made public for the duration of the trial, which is expected to last several years.

An estimated 600,000 Rohingya remain in Rakhine State where they face ongoing genocide.

On January 23, 2020, the ICJ unanimously indicated legally binding provisional measures, requiring the Government of Myanmar to take all steps within its power to prevent the commission of all acts of genocide, such as killing, causing serious mental or bodily harm, and other acts listed in the Genocide Convention.

It also requires the government to preserve evidence of genocide and to report to the court every six months on its progress implementing the order, among other measures.

Since the court’s issuance of provisional measures, authorities in Myanmar continue to commit human rights violations against the Rohingya.

The Myanmar government continues to confine more than 125,000 Rohingya to more than 20 internment camps.

Hundreds of thousands of other Rohingya are confined to villages in Rakhine State.

The authorities systematically deny Rohingya the right to freedom of movement and other fundamental freedoms.

On September 22, the UN Special Rapporteur on the situation of human rights in Myanmar, Thomas Andrews, presented satellite photographs of a Rohingya village–Khan Da Para, also known as Kan Kya, in Rakhine State—before and after it was attacked and destroyed in military-led “clearance operations” in August 2017.

The satellite photographs dated this year showed a military installation where homes once stood, raising questions about the destruction of evidence.

Foreign Minister Momen is likely to hold bilateral meetings with his Saudi, Maldivian and Afghanistan counterparts on the sideline of the CFM.

Meetings with the Foreign Ministers of the United Arb Emirates (UAE) and Kuwait are planned.