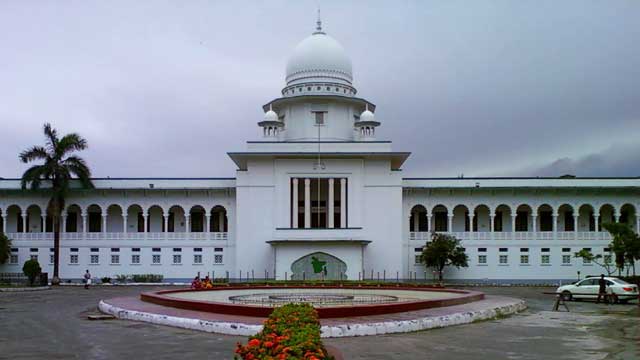 The High Court on Tuesday directed the deputy commissioner of Jamalpur and the officer-in-charge of Dewanganj police station to investigate the marriage administered between an 85-year-old man and a 12-year-old girl through a ‘salish.’

The bench of Justice FRM Nazmul Ahasan and Justice Shahed Nuruddin also asked the DC and the OC to submit the probe report by November 29.

The court issued the directive on suo motu taking cognisance into the reports published in the different daily newspapers on November 20.

According to the reports, the 12-year-old girl was married off to 85-year-old Mahir Uddin through ‘salish’ administered by arbitrators of village Bairapara under Charamkhawa union as his 16-year-old grandson had developed an affair with the Class IV girl and the girl became pregnant.

The reports said that the old man was whipped 12 times before the marriage.