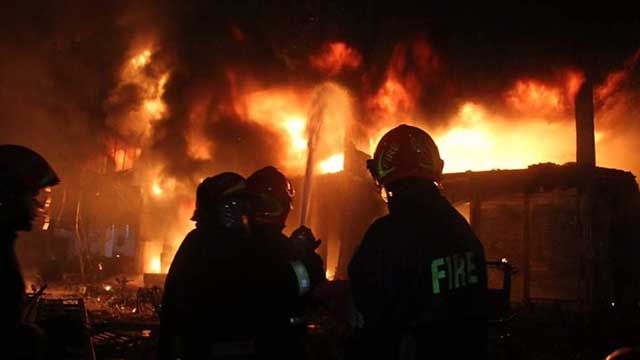 At least 55 shanties were gutted after a fire broke out at a slum in Mirpur's Kalshi area early Wednesday.

Russel Shikdar, duty officer of Fire Service and Civil Defence Control room, said the fire broke out around 2:10am.

Twelve firefighting units rushed to the spot and brought the fire under control around 3:10am.

The fire was extinguished around 6:28am, said Russel.

Around 55 shanties were burnt and no casualty was reported, he said.

However, the cause of the fire and extent of damage could not be ascertained yet.