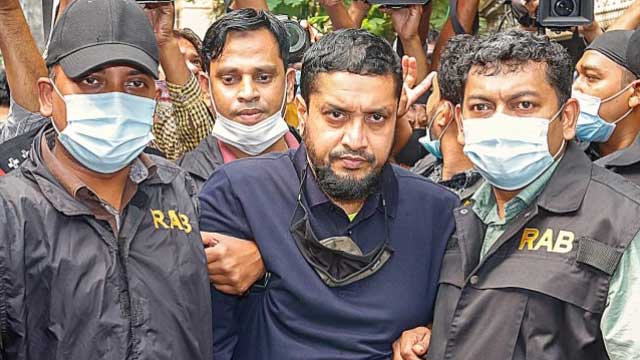 The Anti-Corruption Commission (ACC) on Thursday issued a notice seeking the asset statements of Monir Hossain, also known as Golden Monir, and his wife Rawshan Akhter.

ACC spokesman Pranab Kumar Bhattacharya told UNB that a letter sent from the ACC head office asked them to submit their asset information within 21 working days.

The notice signed by ACC Director Akhtar Hossain Azad, has directed the couple ftto submit all the movable or immovable property, liabilities, sources of income and its details within 21 working days.

It also said that action would be taken against them if they fail to submit the statements of assets within the stipulated time or if they submit fake statements.

On Saturday, RAB arrested Monir, locally known as Golden Monir, along with firearms, drugs and a large amount of foreign currencies from his residence in the capital’s Badda area.

Foreign currencies of 10 countries worth Tk9 lakh, around 8kg of gold and Tk1.9 crore in cash were recovered from his possession during the overnight raid.

Monir, who was a salesman in a cloth shop in Gausia Market, has 200 plots in his name in Badda, Nikunja, Uttara and Keraniganj, and used a luxurious car worth Tk3 crore, RAB said.