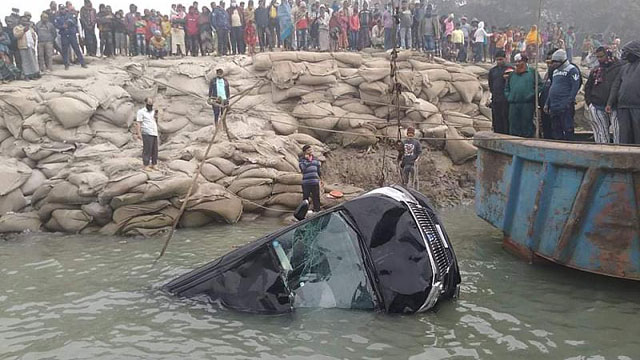 A microbus lost control and fell into the Padma River while boarding a ferry at Paturia ferry Terminal in Shibaloy upazila of Manikganj.

He said: “The microbus was in the driveway of Ferry Wharf 5 in Paturia. While boarding the ferry, the vehicle lost control and fell into the Padma River. The microbus driver and its passengers were rescued safely. Meanwhile, we are working to salvage the microbus.