4 killed as bus overturns in Mymensingh 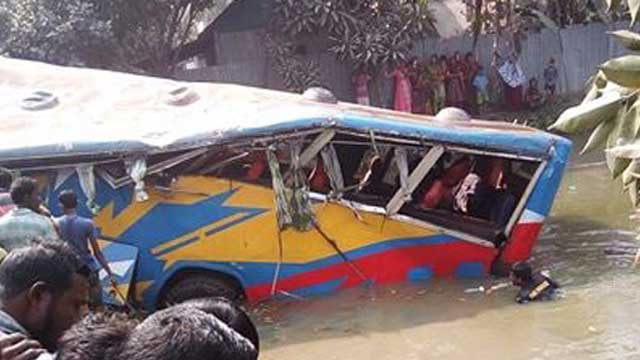 Mymensingh, Feb 23 (Just News): At least four people were killed and 30 others injured as a bus overturned on Mymensingh-Kishoreganj highway in Char Rasulpur area of Ishwarganj upazila on Friday morning.

One of the deceased was identified as the bicyclist Ratan Miah while the identities of the others are yet to be known.

The accident took place around 10:30am when the bus driver was giving side to a bicycle, leaving a man dead on the spot and 33 people injured, said Badrul Alam Khan, officer-in-charge of Ishwarganj Police Station.

Among the injured, two died at Ishwarganj upazila health complex and one died on the way to Mymensingh Medical College and Hospital.