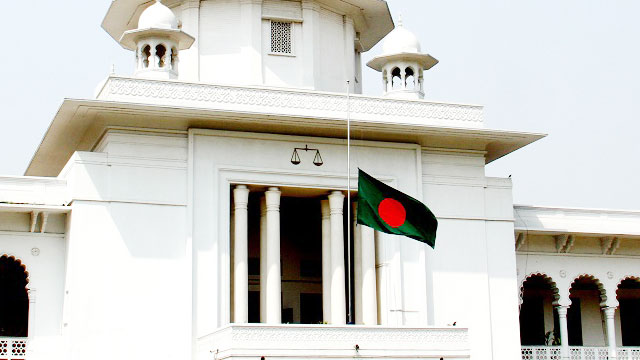 The High Court today summoned 280 loan defaulters from Peoples Leasing and Financial Services (PLFS), a non-banking financial institution, directing them to appear before it on February 23 to place their explanations on defaulting and repayment.

The bench of Justice Muhammad Khurshid Alam Sarkar came up with the order after going through a list submitted by PLFS -- containing names of the loan defaulters from the institution.

The individuals who took loans amounting to Tk 1,655 crore have been included in the list, said PLFS lawyer Mejbahur Rahman.

After examining the list, the HC bench issued a show cause notice on the 280 loan defaulters and summoned them to appear before the court on February 23, lawyer Mejbahur Rahman added.

Meanwhile, another HC bench sought details including names, addresses and statuses of the officials of Bangladesh Bank's three departments who were in charge of overseeing financial institutions and money laundering issues from 2008 to 2020.

The bench of Justice Md Nazrul Islam Talukder and Justice Mohi Uddin Shamim passed the order during hearing on a suo moto (voluntary) rule issued in this regard.

The court also asked the Bangladesh Bank governor and other officials concerned to inquire if the officials of that period were responsible for the bankruptcy of the financial institutions of the country and to submit reports on February 15.

At the same time, the bench rejected a petition filed by Md Asaduzzaman Khan, provisional liquidator of the People's Leasing and Financial Services Limited and also deputy general manager of the Bangladesh Bank to become a party in the case.