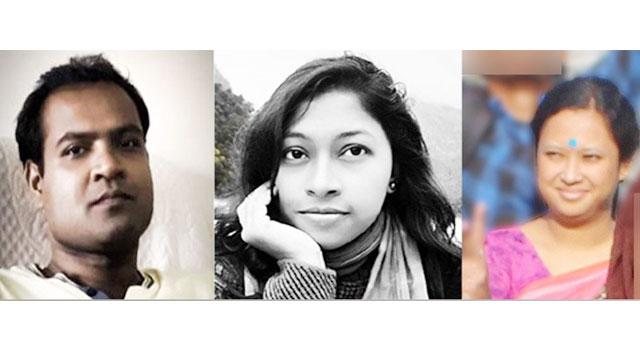 Khulna University syndicate has sacked two of its teachers and suspend another on charges including breach of discipline, ill demeanour and anti-administration activities, reports UNB.

Lecturer Hoimonti Shukla Kaberi of history and Bangla's lecturer Shakila Alam have been fired while assistant professor Md Abul Fazal of Bangla have been suspended. Fazal claimed that the decision was premeditated.

The decision was taken at the 212th syndicate meeting held Saturday morning.

University sources said the trio was served show-cause notices on 13 October last year on charge of inciting students who had demonstrated on the campus on 1-2 Jan, 2019 on the campus to press home demands including reducing fees and resolving residential crisis.

They were asked to respond within three days. The university served another round of show-cause notices on them on 9 November last year. After they responded, the university formed an investigation committee on 24 November.

The three teachers were summoned by the university administration on 10 December to assist in filing the report. Three days later, a special syndicate meeting was called and they were show-caused again.

Responses to the notices were furnished on 10 January but another syndicate meeting on 18 January issued final show-cause notices.

They were asked to respond within 21 January.

A syndicate member, declining to be named, said a decision on taking punitive measures against the trio was taken at the 18 January meeting.

"After a prolonged discussion on the syndicate's decision and the teachers' response, the syndicate decided to punish them," the member said.

Assistant professor Abul Fazal told reporters that they did not get any cooperation from the investigation committee and they were not given the probe report.

"We even brought a no-confidence proposal on the investigation committee but it was not accepted," he said. "It was a pre-meditated decision of the administration. We'll take further steps after getting the papers."