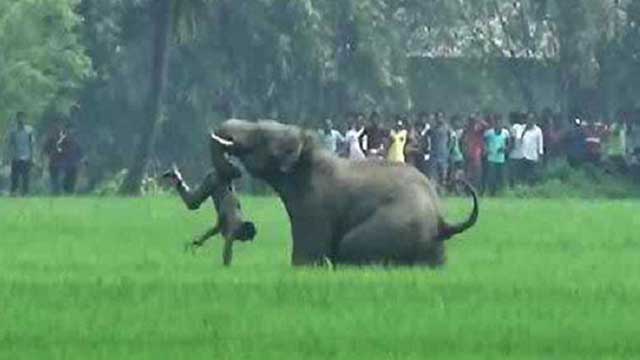 Two teenage boys were killed in an attack by a wild elephant at Konapara in Alikadam upazila of Bandarban early Sunday.

The victims were Mansur Alam, 17, and Humayun Kabir, 14, residents of Membar Para in the upazila.

Abul Kalam, chairman of Alikadam Upazila, said a herd of wild elephants invaded the area at the dead of night.

At one stage, a wild elephant swooped into a house in Membar Para and vandalised it.

Mansur and Humayun came under the attack of the elephant while trying to drive it away from the area.

An unidentified man was also injured in the attack by the elephant.

Later, he was taken to a local hospital.

Police recovered the bodies and sent to local hospital morgue.