Fire at garment factory in Kamalapur under control 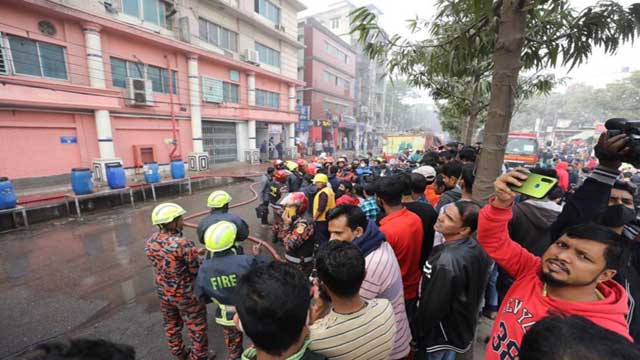 Fire fighters have doused a blaze which engulfed a multi-storey building near the BRTC bus depot in the capital's Kamalapur area.

The fire broke out at on the sixth floor of Oli Garment, a garment factory near Kamalapur BRTC Bus Depot on Sunday morning, said an official at the fire service headquarters.

Upon information, 10 fire fighting units reached the spot and took the fire under control after more than an hour long effort.

No casualties have been reported so far.