Amar Ekushey Book Fair to be held in March 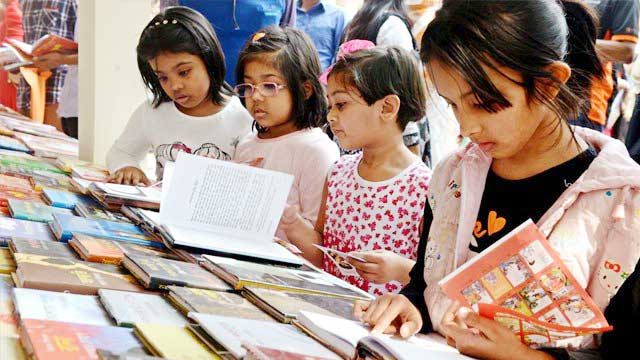 The Bangla Academy has decided to inaugurate the Amar Ekushey Book Fair on March 18 this year.

Bangla Academy’s Secretary AHM Lokman on Monday said that the decision was taken after receiving the government's permission.

However, it’s yet to be decided whether the fair will run for a month, he added. “The duration of the fair will be fixed after meeting with the publishers”

Every year, the fair starts on February 1 at the Bangla Academy premises, in addition to a portion of Suhrawardy Udyan in the capital.

The month-long fair is an integral part of Bengali culture.

Farid Ahmed, president of the Academic and Creative Publishers' Association of Bangladesh (ACPAB), said the publishers’ association submitted a proposal regarding the date of the book fair date and duration of the fair for ministry approval. “But we are happy to know that the Bangla Academy fixed the date.”

However, we will ensure safety measures including face masks, sanitizers, social distancing, and other hygiene measures. These safety protocols will be monitored at the entrances of the book fair, ACPAB president added.

Earlier, Bangla Academy had announced to organize the fair virtually, instead of holding it physically, to curb the spread of virus infections.