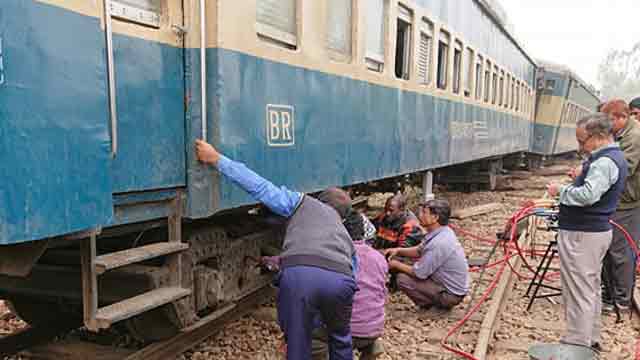 Dhaka, Feb 22 (Just News): Sylhet’s rail link to rest of the country was restored this afternoon, 16 hours after a train veered off the tracks and derailed in Sreemangal, Moulvibazar.

Around 5:00pm, Sayedur Rahman, assistant director of Bangladesh Railway, told that salvage operation removed the derailed train and the lines were clear.

Shakhawat Hossein, station master of Sreemangal Railway Station, also confirmed that the lines were clear at 5:15pm. It would take a short while to resume train operation.

State Minister for Finance and Planning, MA Mannan was on the train when it derailed. He was unhurt and returned to Dhaka by car, said KM Nazrul, officer-in-charge of Sreemangal Police Station.