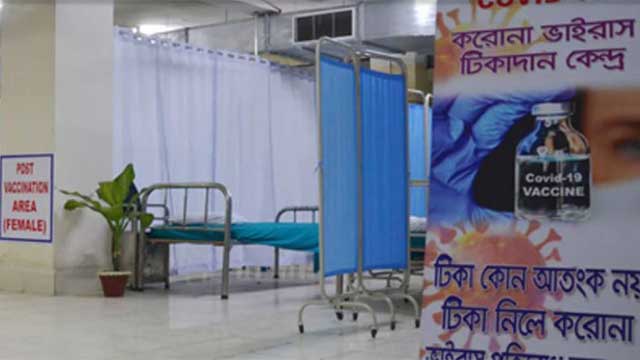 The Health Ministry has begun its vaccination program for Covid-19 on trial at five government hospitals across Dhaka city.

The program began at the hospitals at 9am on Thursday.

After the program began, State Minister for Information and Communication Technology Zunaid Ahmed Palak received his Covid-19 vaccine at BSMMU at 10:40am.

Runu Veronica Costa, a senior staff nurse at Kurmitola General Hospital, became the first person in the country to get a vaccine dose for the deadly virus.

After the five government employees, 21 other selected people, including two journalists, were given the vaccine shots.

During the trial run, the government plans to vaccinate a further 690 people at these five government hospitals.