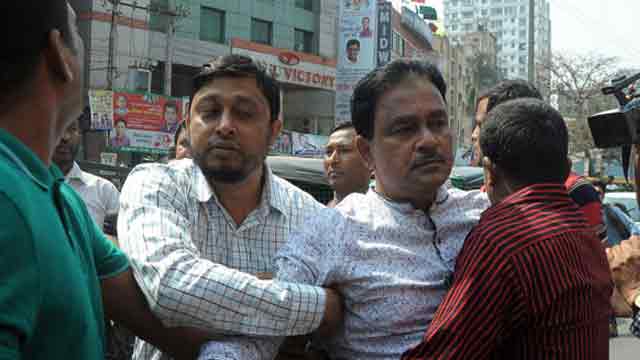 Dhaka, Feb 24 (Just News): Police on Saturday arrested BNP joint secretary general Syed Moazzem Hossain Alal from its Nayapaltan central office area in the city.
Law enforcers picked him up when he came out of the office after holding a press conference there.

BNP earlier sought police permission to organise a public rally on February 22 either at Suhrawardy Udyan or in front of its central office. But the police didn't give permission to the party.

On February 8 last, BNP Chairperson Khaleda Zia was sent to jail after a special court sentenced her to five years' rigorous imprisonment in the Zia Orphanage Trust case.