I am a victim of dirty teachers’ politics: Samia 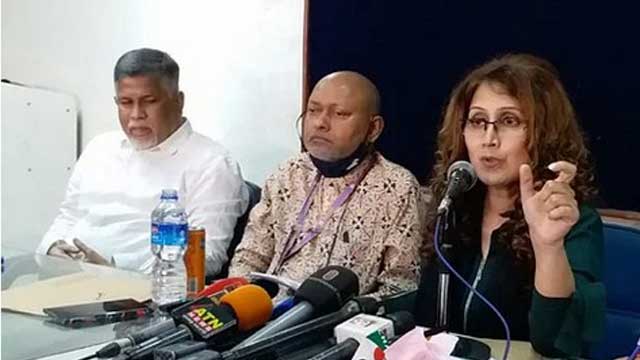 She made the remarks in a written statement on Monday at a press conference held in the Sagar-Runi auditorium of the Dhaka Reporters' Unity.

Dhaka University authorities on January 28 demoted two teachers, including Samia, and froze the promotion of another after allegations of plagiarism in research works against them were found credible.

Criminology department lecturer Syed Mahfujul Haque Marjan lost the opportunity to apply for any promotion in the next two years as he was yet to get any promotion.

Terming the plagiarism allegation against her as false, Samia said she kept her mouth shut under pressure from the administration for the last four years.

‘The writing that caused me punished was not written by me. I had just given the idea,’ she said.

Asked to make a comment on her allegation, DU vice-chancellor Professor Akhtaruzzaman said 'there’s no scope for giving an excessive speech in this regard. We respect people's freedom of speech and always sincere about preserving the dignity of the people.'

Samia said she would go to court over the issue.

'I am a victim of politics. I remained silent for so long. Now I will go to court. I will do whatever it takes me to prove my innocence,’ she said.

Samia said she also appealed to the president in this regard.

'As the ultimate guardian of the university, the president can direct the university authorities to reveal the truth,' she said in her statement.