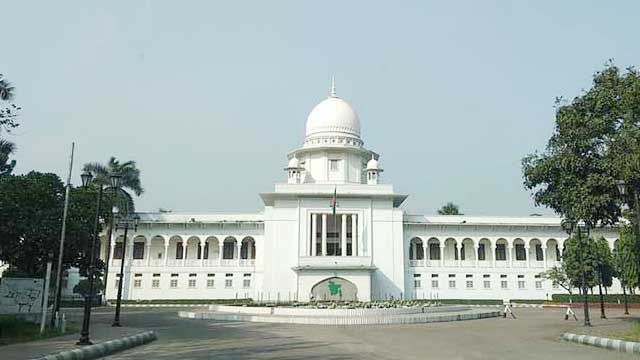 The High Court today expressed utmost dissatisfaction and disappointment with the Anti-Corruption Commission for the long delay in completing investigations in the cases over BASIC Bank loan scams.

"More than five years have passed but the Anti-Corruption Commission is yet to submit charge sheets (to the lower court) in the cases filed for BASIC Bank loan scams. Will the investigation continue for an indefinite period?" the HC bench of Justice M Enayetur Rahim and Justice Md Mostafizur Rahman said.

The bench made the observation and asked the question while hearing a bail petition of Mohammad Ali, former general manager of BASIC Bank's Shantinagar branch, in a case filed by the ACC.

The ACC filed the case with Dhaka's Paltan Police Station on September 23, 2015 against Mohammad Ali and some others on charge of embezzling Tk 50 crore from the bank.

The HC bench granted bail to Mohammad Ali who was shown arrested in the case on December 12, 2018, said ACC's lawyer Khurshid Alam Khan.

He said Mohammad Ali cannot get released from jail as he is arrested in 12 other cases involving around Tk 300 crore.

During the hearing today, ACC lawyer Khurshid told the HC that the ACC has so far examined 2,600 witnesses in connection with 56 cases filed over the BASIC Bank scams and recovered Tk 3,100 crore of the stolen money.

The ACC has been maintaining the "follow the money policy" in line with the advice of Asia Pacific Group, an anti-money laundering regional body of 41 countries including Bangladesh, in order to recover the misappropriated money.

The court said the "follow the money policy" is against the reality in respect to this case.

Khurshid Alam Khan said the ACC has recovered around Tk 20,000 crore from corrupt people and deposited it to the state fund in the last five years.

According to a Bangladesh Bank enquiry, around Tk 4,500 crore was siphoned out of BASIC Bank between 2009 and 2013 when Sheikh Abdul Hye Bacchu chaired the board of the bank.