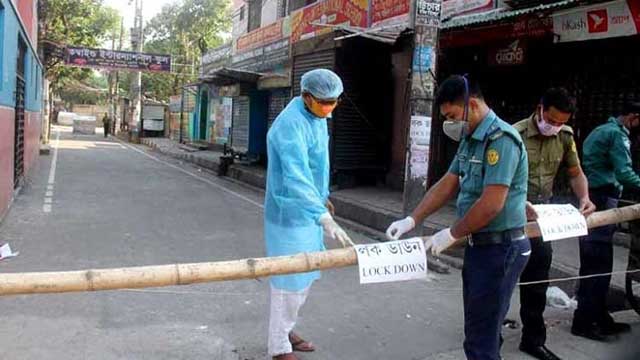 The government has imposed a fresh weeklong restriction ordering closures of all offices, both government and private, for a week from April 14 morning till April 21 midnight to contain COVID-19 outbreak.

All offices excepting those providing emergency services will remain closed for a week from April 14 to April 21, said a circular issued by the Cabinet Division on Monday.

Factories would remain open during the time maintaining health guideline, it said.

Govt employees have been asked not to leave stations during the restriction period.

The weeklong restriction on public movement and businesses that came into effect on April 5 was extended till April 14 morning amid widespread violations.

Roads transport and bridges minister Obaidul Quader and state minister for public administration Farhad Hossain on Friday said that the government was likely to impose a weeklong ‘complete lockdown’ from April 14 to contain the recent surge in COVID-19 cases.

During the complete lockdown for a week, Farhad said that all offices and garment factories save for those providing emergency services and operations of all modes of transport would remain shut.