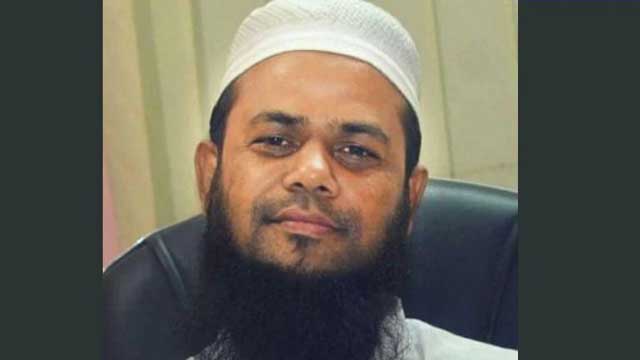 A Dhaka court today placed Hefajat-e-Islam organising secretary Azizul Haque Islamabadi on a seven-day remand in connection with the mayhem in the capital in May, 2013.

Azizul was remanded hours after his arrest from Hathazari's Baluchora area in Chattogram early today.

In the remand prayer, IO Kamrul Islam, also an inspector of Detective Branch (DB) of police, said Azizul is a FIR-named accused in the case filed with Paltan Police Station.

Azizul along with other FIR-named accused gathered at Motijheel Shapla Chatter and different places in Dhaka and started vandalising different institutions, torching vehicles, preventing policemen from discharging their duties and attacking them with bombs on May 5 in 2013.

As such, he needs to be remanded to learn about the masterminds behind the incident, the IO added.

Azizul, meanwhile has claimed himself innocent and told the court that he was not involved with the incident.