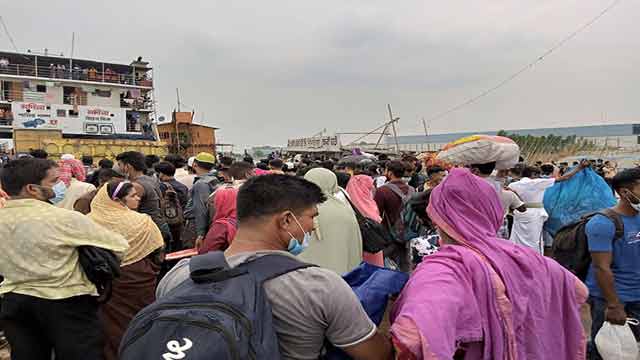 At least five people died and 12 others fell sick on a ferry on Shimulia-Banglabazar ferry route in the River Padma due to huge pressure of passangers and heat of burning sun at Banglabazar end of the route under Shibchar upazila in Madaripur.

Identities of the victims could not be known immediately, police said.

Madaripur deputy commissioner Rahima Khatun told around 2:30pm that they got news that a ferry came to Banglabazar from Shimulia in the afternoon where five people were killed and 10 to 12 other people fell sick due to heat stroke.

‘We are going to the spot now,’ she added.

Shibchar police station officer-in-charge Miraj Hossain told that the incident took place at about 1:30pm and the identities of the victims could not be known immediately.