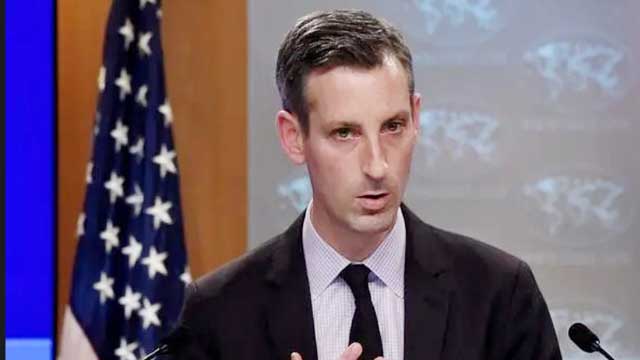 The US has taken note of the statement of Chinese Ambassador to Bangladesh Li Jiming that Dhaka's relations with Beijing will "substantially get damaged" if it joins Quad, a US-led initiative meant to ensure free and open Indo-Pacific.

For all latest news, follow The Daily Star's Google News channel.
He said the US has an incredibly strong relationship with Bangladesh and both the countries work closely with partners on a range of issues, from economic growth to climate change to humanitarian issues.

"And when it comes to the Quad, we've said this before, but the Quad, it's an informal, essential, multilateral mechanism that right now conveys – convenes likeminded democracies – the United States, India, Australia, and Japan – to coordinate in the Indo-Pacific, and fundamentally, to push forward our goal of a free and open Indo-Pacific region."

His remarks come after the Chinese Ambassador in Dhaka on May 10 said Quad is a military alliance aiming against China's resurgence and its relationship with neighbours.

The ambassador said Quad is a "narrow-purposed" geopolitical clique, and Bangladesh should not join it as the country will not derive any benefit from the initiative.