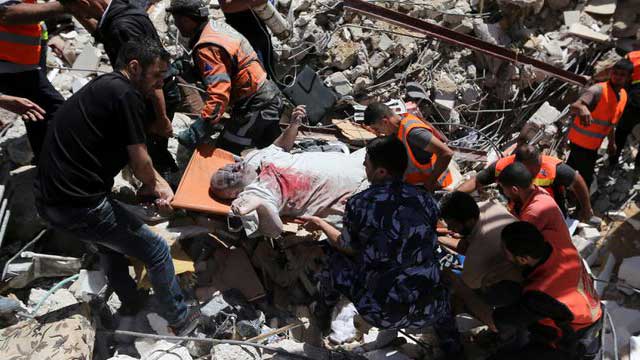 Bangladesh Nationalist Party on Sunday termed the attack on Palestine by Israel as barbaric and serious violation of human rights.

BNP secretary general Mirza Fakhrul Islam Alamgir, in a statement on behalf of the party, said that his party condemned and protested the attacks on Palestine and expressed deep concern over the attack at different infrastructures including the offices of media houses - Al Jazeera and AP.

Not only Muslims but also people belonging to other religion who had a sense of humanity were also shocked over the attacks on Gaza, he said.

In the statement, BNP urged Israel to stop such brutal attacks on the people of Palestine.

It urged the United Nations, the Organisation of Islamic Cooperation, the European Union and the other international organisations to take necessary steps to free the Palestine people from the attacks and make an effective and united move to make Palestine an independent country.

It said that the people of Palestine had their right to establish their country an independent and sovereign one.

It called on Islamic countries to unite against the attack and raise voice in a united way at the global forums.

Fakhrul said that the people of Bangladesh as well as BNP extended its support to Palestine from the beginning in the move of establishing an independent country.

According to global media, since May 10, more than 170 Palestinians, including at least 41 children, have been killed in the Gaza Strip.