Govt has no data on new poor: Finance minister 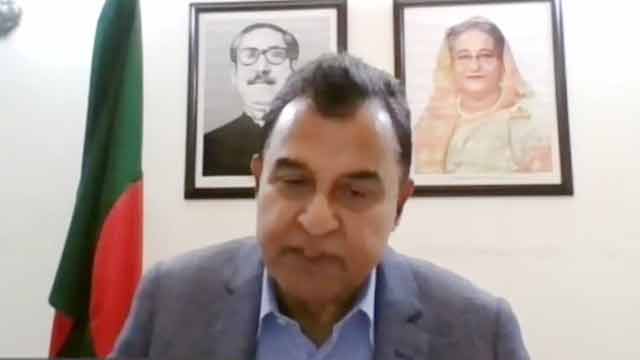 Finance minister AHM Mustafa Kamal on Friday said that the government had no information about the number of people who slipped down the poverty line in Bangladesh because of the Covid induced economic shocks.

He said they would know the number of such people after getting information from the Bangladesh Bureau of Statistics.

He said that BBS was working on the issue.

The finance minister said this in a post-budget parley held virtually.

On Thursday, the finance minister announced the national budget for 2021-22 financial year worth over Tk 6 lakh crore with 6.2 per cent deficit of the GDP.

In a budget document, he said the poverty situation worsened due to the pandemic after the country had reduced its poverty rate to 20.5 per cent in 2019.

But, there has been no mention of new rate of poverty in the document titled ‘Medium Term Macroeconomic Policy Statement 2021–22 to 2023–24.’

Private think-tank Power and Participation Research Centre has said that some 2.4 crore people have slipped down the poverty line in 2020.

The finance minister said that the Bangladesh Institute of Development Studies put the rate of poverty at 26 per cent.

But it was BIDS' own estimation, he said, adding that they would rely on BBS.