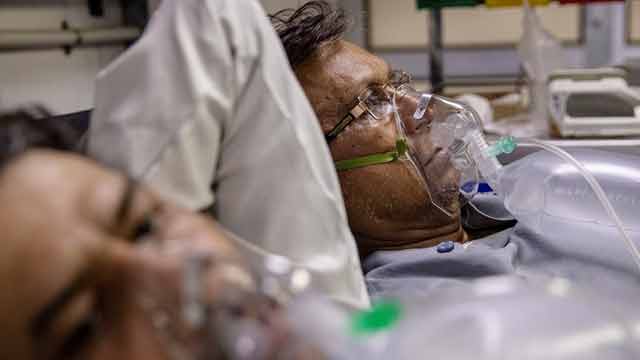 A study by the icddr,b revealed that the highly transmissible Delta variant, also known as the Indian variant, of the coronavirus has started sweeping across Dhaka city.

Between May 25 and June 7, scientists at icddr,b analysed genomic sequence of around 60 samples of Covid-19 positive patients.

Of those, 41 or more than around 68 percent were found to be the same as the Delta variant of novel coronavirus, confirmed the officials of the communication department at the icddr,b.

The B.1.617.2 strain, officially known as the Delta variant, is worrying health officials across the world. This variant caused a health disaster recently in India and has spread to Bangladesh) through the bordering districts.

Earlier, 40 of the 50 samples tested turned out to be the Delta variant, finds a study by the Institute of Epidemiology, Disease Control and Research.

Of the 50 Delta variant, only two were in Dhaka while others were found in samples collected from Dinajpur, Gaibandha, Bagerhat, Jhenidah, Pirojpur, Chapainawabganj, Gopalganj, and Khulna.

The latest findings indicate the Delta variant has started dominating the transmission in Dhaka city.

Experts fear the Delta variant will turn the Covid-19 situation in Dhaka city as bad as Khulna and Rajshahi division soon.

The first case of the Delta variant was detected in the country on May 8.