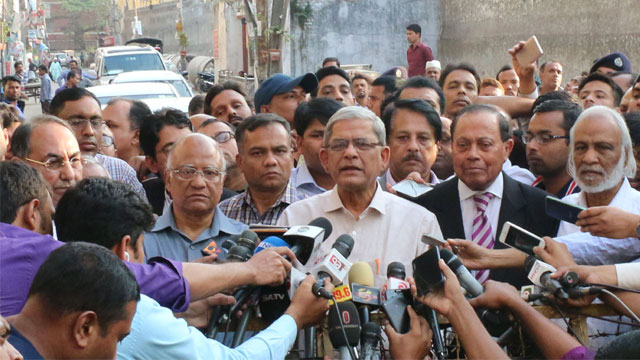 "Khaleda Zia's health is well. She urged all not to pay heed to anyone's provocation and continue the movement in a peaceful manner," said Fakhrul while talking to reporters after coming out of the abandoned central jail at Nazimuddin Road in the city.

"Khaleda Zia's morale is high....she's facing the adverse situation with courage. She said she's ready for any sacrifice for the sake of the country, for the sake of democracy," he said.

Khaleda Zia, a 73-year-old a former prime minister, was taken to the old central jail minutes after the verdict had been delivered.